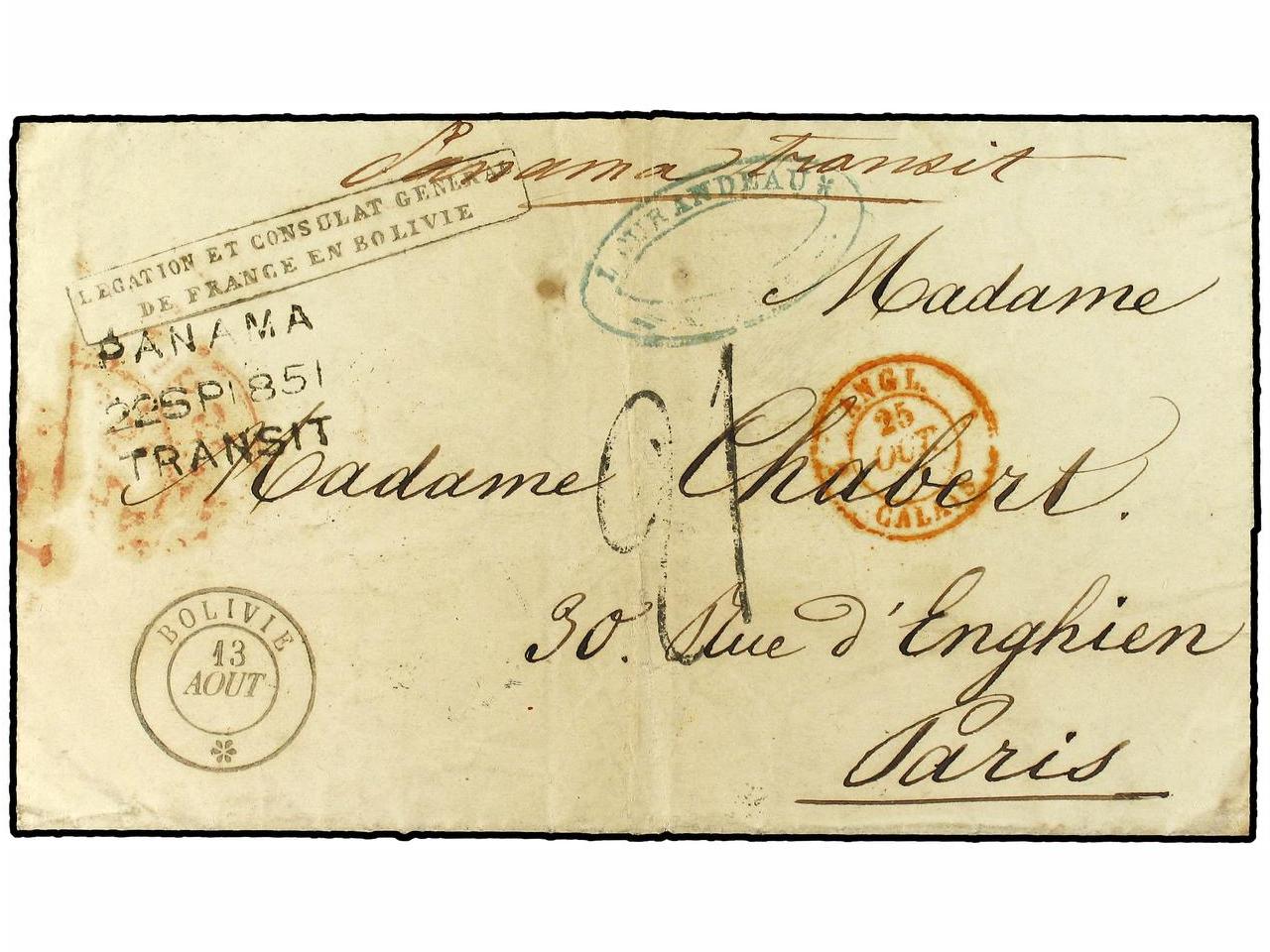 ✉ BOLIVIA. 1851 (Aug 13). Entire letter from CHUQUISACA from the French Consul General in Bolivia to Paris endorsed "Panama Transit" in manuscript (letter informs Mother that son has gone to the Gold Rush in California). Struck with the finest of the two known strikes of the Consular BOLIVIE datestamp (without year slugs) in black, with COBIJA FORWARDING AGENT'S mark in blue. Thence via Panama British PO (Sept 22) with three line datestamp and PSNC ship via London (Oct 24) to Paris. Remarkable entire and one of the rarest of all South American postmarks.